Calling the Shots: The Duties and Responsibilities of an Umpire in Baseball 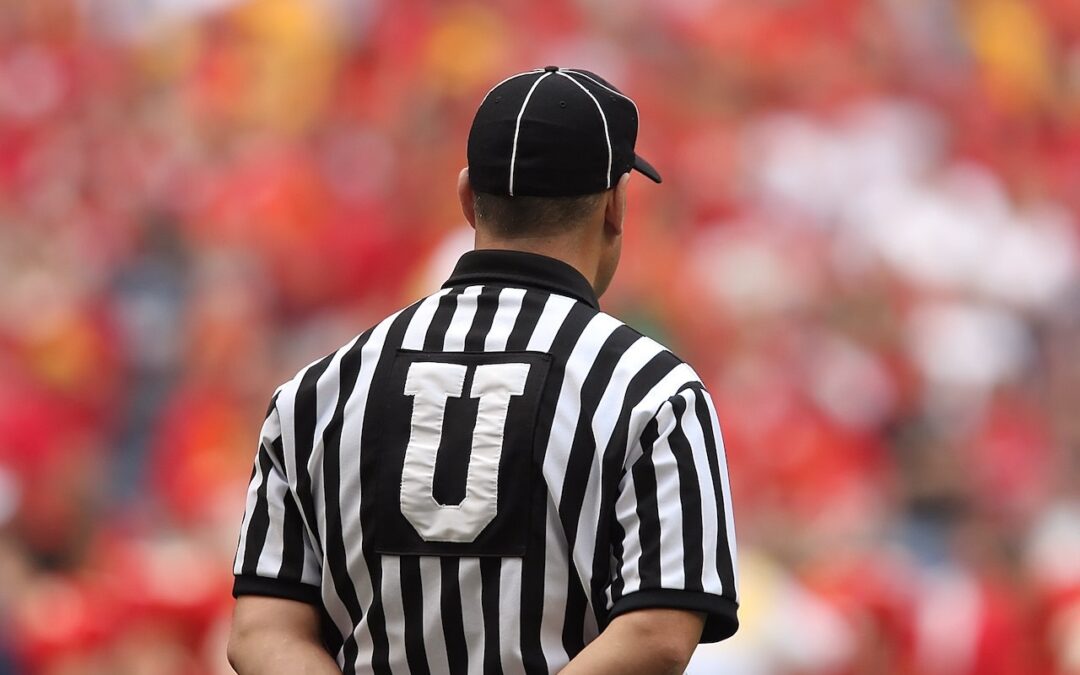 An Umpire plays a significant role in baseball. They want to ensure that the game is being played fairly. When it comes to baseball, the umpire is the one responsible for making the calls on the field. At the same time, they are in charge of the ruling on plays, implementing the rules of baseball, and making sure that the game is being played fairly.

It seems that Umpires have several responsibilities and whatever decisions they make, can greatly affect the outcome of a game. That is why it is essential that we should know what an umpire is and what the things that they do are.

When it comes to a baseball game, umpires are the experts in rules. Generally, in an MLB game, there will be four umpires. If you want to have a peaceful game, then you should use umpires.

They can help in removing any biases and ensure that all the decisions and calls that are being made are solely dependent on the rules. In a baseball game, there are four kinds of umpires – the third base, the home plate, the first base, and the second-base umpire. As much as possible, try to avoid arguing with an umpire, since you might be ejected from the game. Due to modern technology, plays can be reviewed, and bad calls can be corrected. However, not all plays can be eligible for review.

During a particular game, it seems that everything is under the control of the umpire. In baseball games, there are umpires while in basketball games, there are referees. They are the experts when it comes to the rules, and they make calls when needed in every single play.

However, there are recent reports that the MLB will switch from human umpires to automated umpires. But, in the meantime, we are using human umpires in making the calls in baseball games.

What is an Umpire and What Do They do?

In a baseball game, the umpire is the expert in the rules. Commonly, you can find four different umpires in a baseball game. The umpire is in charge of making the call in every game. However, this is not applicable to a field umpire. When it comes to the home-plate umpire, he is responsible for making the call on every single pitch. If there is no umpire, then there won’t be any baseball, and everything will be chaotic. The umpires will make sure that there is peace in every game.

What is the Meaning of the Word, “Umpire”? 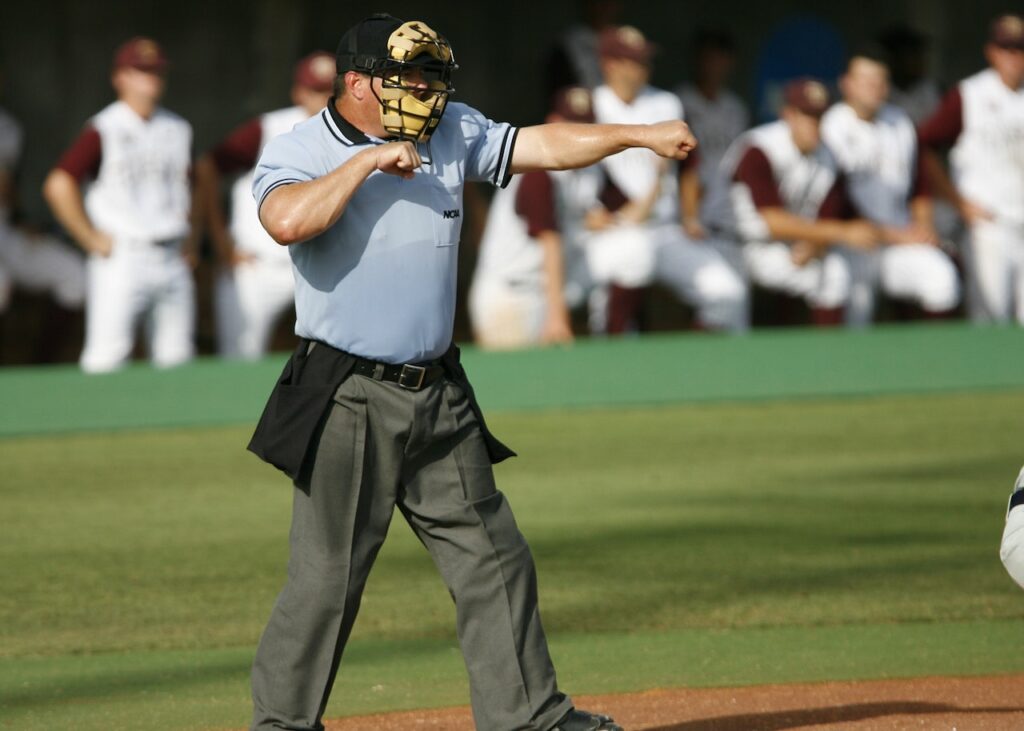 Originally, the word “umpire” is a French word that refers to an odd number. During the early days, an odd number refers to the third person who is responsible for settling the dispute between two individuals.

If there are only two people, then there will be two different sides and it would be impossible for them to agree on one side. When it comes to baseball, the umpire acts as the third person. They will be responsible for removing any kind of biases and making sure that the decisions and calls that they make are primarily based on the rules.

What Are the Different Kinds of Umpires?

Keep in mind that in a baseball game, there are four kinds of umpires. The main empire is known as the home-plate umpire, he will position himself behind the catcher. He makes the rules for every pitch and decides if it’s a ball or a strike. The other kinds of umpires are the third base, the second base, and the first base umpire.

What Are the Duties of an Umpire?

The main duty of the home-plate umpire is to call balls and strikes. In case the ball is thrown in the strike zone, he will call it a strike. Conversely, if it does not, then the umpire will call it a ball. The umpires that are assigned on the foul lines will decide whether balls are foul or fair.

It is also the responsibility of the umpire to rule whether a player has done a full swing, also known as a check swing. This decision will be made by either the third base or first base umpire. On the other hand, the primary focus of the second base umpire is at the second base as well as the plays at the center of the field.

What Are the Different Umpire Signals?

The umpires will make different variety of signals when making calls. When the home-plate umpire calls a strike, he will be pointing toward the dugout. On the other hand, if he wants to make a call for a ball, he does not make any actions, but he will simply say “ball.” A foul ball is signified by waving the hands above the head and shouting “foul ball.” The fair ball is signified by pointing toward the game area.

There are two different signals for a safe or out. For an out, he will make a fist and position it in front of him. In case of a safe call, he will straighten his arms in front of him and move them to his side. When there is a dead ball, the umpire will wave his hands over his head.

Should You Argue with an Umpire? 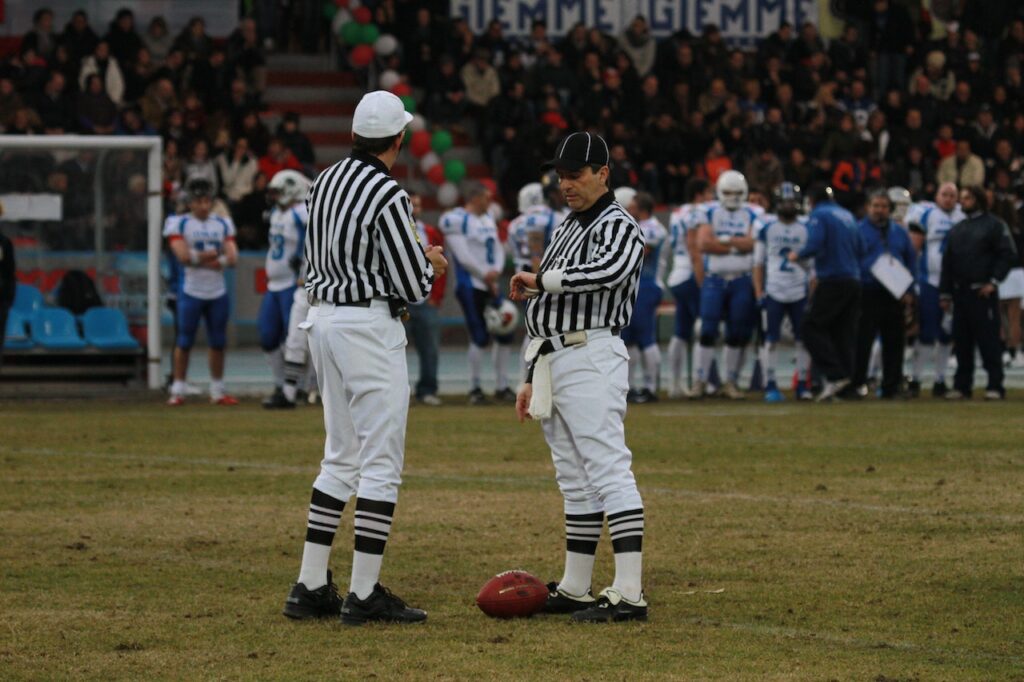 If you argue with an umpire, then there is a greater risk that you will be removed from the game. Although the coach is given the chance to discuss it, if he gets too aggressive or vulgar, then there are greater chances that the umpire will expel him. Once you are ejected, you should leave the field. It is also possible that a suspension will be imposed, depending on how intense the argument is. Hence, arguing with an umpire is not the smartest thing to do.

Can Technology Affect an Umpire’s Role?

It is undeniable that technology has played an important part in the baseball industry. Recently, there were plans that umpires will be eliminated, and an automated system will be used instead. Although this could be advantageous due to the several mistakes that are committed by the umpires.

However, human errors are something that we can’t do without. Technology has been useful in correcting bad calls and reviewing plays. But take note that not all plays can be eligible for reviewing purposes.

Ump Junk offers different types of uniforms for umpires. We also have sports gear and accessories for various types of sports. For more information, you may send us an email at umpjunk@gmail.com or call us at 210-364-1110. 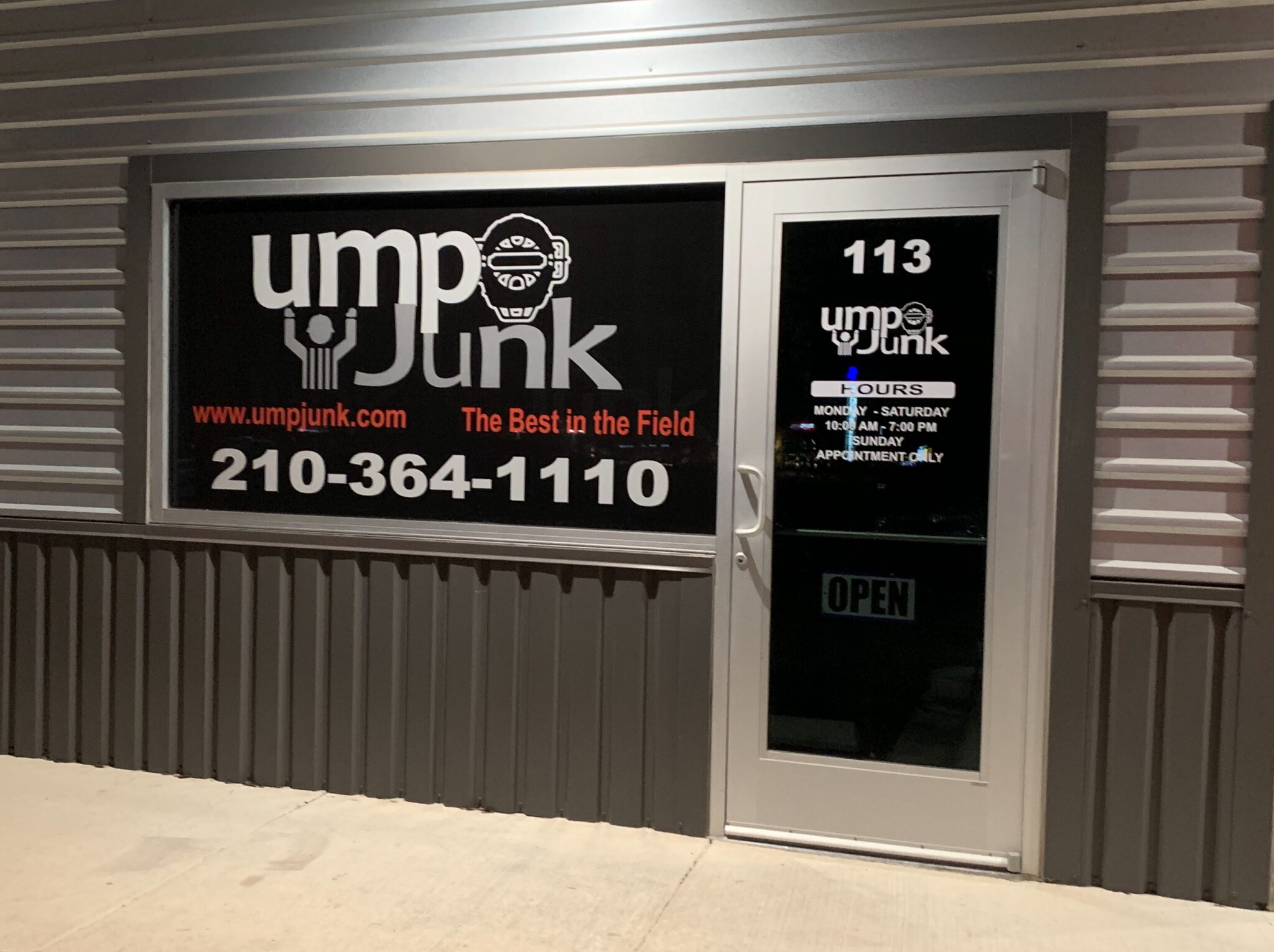